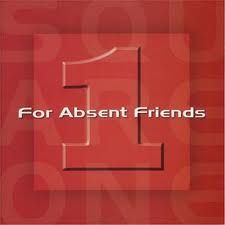 Recensione: For Absent Friends biography
Although they share their name with that of an old GENESIS acoustic ballad, this Dutch band bears no relation to ballady or folksy types.
Dynamic and direct, their albums focus on strong melodies with energetic themes, the emotional vocals of Alex Toonen and the tight, economical keyboard play of Peter de Jong.
It's a blend of sophisticated hard rock and neo prog whose influence ranges from ARAGON and GENESIS to RUSH and early MARILLION.
They've won the "De Grote Prijs van Nederland" in 1987 and have played as supporting act for IQ, MARILLION, ASIA and SAGA among others.
Through many personnel changes (among which keyboard player de Jong who left the band after 10 years), they have released a total of 6 albums between 1990 and 2001.
Red Sea Label has also released a double compilation CD in 1998.

It is in 1994 that they really took off, with their third album "Running in Circles" which contains some of their best hard rock/neo-prog numbers.
With the following "FAF Out of HAL" (95), made up of half studio and half live tracks, they started to slowly slip off the prog wagon to adopt a more mainstream approach.
None of their 6 albums are actually bad; they are simply not very instrumentally complex - no guitar or keyboard pyrotechnics here.
Neo-prog fans will appreciate the crisp guitar breaks, the strong melodies, the outstanding vocals and the flawless production.

Prog purists should abstain but if you're a fan of the bands above, or if you like your "Grand Illusion" (STYX) and "Crime of the Century" 9SUPERTRAMP), you may want to lend them an ear.