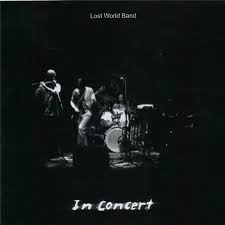 Recensione: The way they play classical rock is unlike anyone else, and some of it is outstanding.
LOST WORLD was formed by 3 conservatory-trained students in 1990, but their debut album, "Trajectories", was only released in 2003 by Boheme Music.
The trio ( Vassily Soloviev- flute, vocal, guitar; Andy Didorenko - acoustic and electric violin, guitar, bass guitar ; Alexander Akimov - keyboards, programming, sound engineering ) wrote short yet complex and skillfully arranged (featuring flute, violins, acoustic guitar) songs and instrumental tracks.


Their second album, the completely instrumental "Awakening of the Elements", was released in 2006 by MUSEA.
This is classical progressive rock of the highest order, with flute and violin featured prominently.
Probably because they are Russian, they sound unlike any of the other prog bands with heavy classical influences, so ther music sounds quite original.
These guys can definitely play and write great music.


LOST WORLD cover a variety of styles, with moods ranging from dark and frenetic to gentle, romantic and pastoral.
Because the pieces are generally of modest length, it never gets boring.
Soft soundscapes change into riffy moments, violin interplays with flute, complex signatures and shifting moods abound.
Very good for those who about to be introduced to Russian Prog!