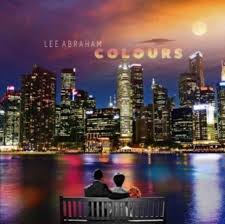 Recensione: Colours" is the brand new album by LEE ABRAHAM, a talented British musician with a strong solo career but also known for playing bass for prog rockers Galahad between 2005 and 2009, who he has now since re-joined but as their guitarist.

Abraham has been busy on the solo front releasing a series of well received albums in the light Prog style, but on this new effort "Colours", while still very much with a 'proggy' blueprint, he largely explores classic AOR sounds in the vein of TOTO, ASIA, and FM.

So it's not surprising getting FM’s Steve Overland to sing on the naturally FM sounding ‘Always Yours’.
year 2017