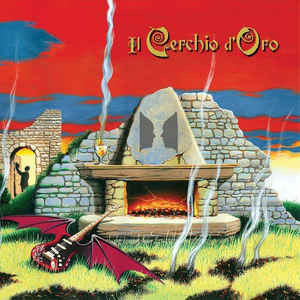 We live in a world that burns under the ashes and frequently, fire comes out with violence.
Even for us humans it is the same thing


1) The fire under the ashes: an intimate journey into the mind of a person who, like most of us, has to confront the disadvantages, the everyday problems and in time is no longer able to withhold anger his inner strength and anxiety in his mind.


2) Thomas, the London fire: little to explain ...
fire destroys, but in the end it is possible to start new paths and new life.
Fire is real, ashes also, but from these ashes, a chance arises ...
almost a phoenix Arabic


3) Rock and Hell: In someone's mind, Rock is associated with something diabolical, hellish, but it's mostly communication, transmitting a mood.
Even we "Cerchio", though not so young, have this flame, and as in this song, the flame emerges as the Rock that reminds us of the old times.


4) The fire in the glass: the story of an addiction (from alcohol), the attempt to move away from this fire which unfortunately and constantly emerges and seems to defeat the protagonist, pervaded by melancholy and the awareness that he cannot put off.


5) The two poles: Bipolarism is almost a compulsory step in our tales.
Who more than a bipolar has two aspects in perpetual conflict between themselves? One apparent and the other is "under the ashes" and it is punctually transformed into "fire" swapping the roles.
A path destined to be unsolved and infinite!


6) Forever here: a hypothetical character (in which the same interpreter of the song identified himself and with him many of us) who spent much of his life far from his homeland, his affections, in exchange of prosperity and well-being; But in the end, the desire to return to his origins, his "fire under the ashes" prevailed over all the rest and pushed him to go back.


The last one, Il Fuoco sulla Collina, is a cover of an old song by Ivan Graziani, an important pop/rock singer-author of italian 80's and 90's music.
It was suggested by our producer Massimo Gasperini and we liked to try this “adventure” to insert a cover in our production.
A very nice song that remember the concept of our album, but is out of the general meaning of it.
We tried to give our sound to it and I hope that our fans will like it!!!