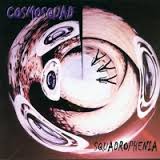 Kollman has worked as a session guitarist, producer, songwriter, and actor.
He has written music for movies and TV, including a commercial which ran during the 2007 Super Bowl.[3] He is the owner and operator of Marmaduke Records, which has released the bulk of his albums.
Kollman has been a Los Angeles resident since 1997 where he lives with his family.