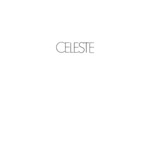 Recensione: Along with Museo Rosenbach, Celeste were born from the ashes of the
legendary Il Sistema.
Formed by drummer Ciro Perrino and sax player Leonardo Lagorio (who
had played with Museo Rosenbach in their early days) this four piece
went in a totally different direction from their beginnings, playing a
mostly acoustic, dreamy and delicate prog.
Their first album, Celeste, also known as Principe di un giorno, was
released in 1976, but the tracks had been composed in 1973 and
recorded in 1974.
It contains seven tracks, with pastoral lyrics and a
style not far from the softer side of early King Crimson.
Nowadays it is considered as one of the best Italian prog records ever.
Very rare in its original pressing, Principe di un giorno is finally
reissued in a heavy 180g Viny.